Tomorrow, I'll hit the six week mark with the Prozac treatment for my Irritable Bowel Syndrome. I'm not sure how I managed to make it through all those weeks, because the drugs have, if anything, increased the amount of pain I'm in day to day.

When I did some more searching online about the use of Prozac with IBS, I found one study that estimated they would have a 15% dropout rate, but actually had a 68% dropout rate because of "intolerable side effects" among other reasons. They were pretty much not left with sufficient numbers of people in the study to draw any real conclusions.

I'm in a study of one, essentially. And I came very close to dropping out, because I've had an increase in bloating and the pain that that brings. And no reduction, thus far, in the other types of pain that I get. (I classify them as burning pain, sharp pain, extreme pain and stitch-like pain, along with bloaty pain.)

I've been doing my best to track my bowel movements during this time so that I have some data to look at with the doctor when I have my follow-up appointment. I track pain, but only whether I experienced a certain kind of pain that day, not the specifics of when or how long. I've been pooping fairly regularly, which is good, but I still feel like I'm retaining too much.

I have no idea whether this is a thing or something I'm imagining, but I feel like the poop I'm retaining is affecting my bladder. I'll go to the bathroom before bed, having been sitting up for most of the evening, and then I'll go to bed and lay down and within five minutes I'll have to pee again. It's like the shift of position causes my bladder to feel full. Or the other position simply didn't allow it to empty.

My doctor told me that if I started feeling relief from the IBS at a 20mg dose, then I could try tapering back to 10mg to see if the relief persists at a lower dose. I'm really hoping that something magically happens at the six week mark and I start feeling relief, but I don't honestly see that happening. So far it's done nothing but make everything worse. I'm only still taking it out of sheer cussedness.

At least the strangeness I felt when I started taking it has faded. I felt, as the doctor warned, more "activated" at first, but that's gone. Now I just have the IBS pain and the bloating, and an occasional twitchiness that seems new, but may not be.

I've made it this far; I'm going to keep on going and see what happens.
Posted by JB at 8:15 AM No comments:

Well, I'm somewhat staying on track with the publishing. I got the Olympic National Park book complete and published last weekend. If I can do a book a weekend for the rest of the year, then I'll meet my arbitrary publishing goal for the year. It's possible, but I'll need to make sure I don't spend too much time goofing off. 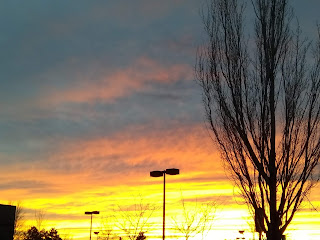 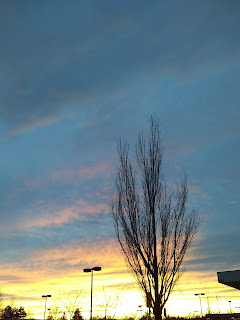 Getting sick really threw me off schedule for my writing, but I think I can still get all the books I wanted to publish done before the end of the year. I'll just need to focus and make sure that I kick my husband off the computer as often as I need to.

I've got everything I need to finish and publish the Hike with Me on the most recent trip to the Olympic Coast, and I've done all the workouts that I wanted to do for the CrossFit book. Those I plan to get published this weekend. Then I just need to finally finish writing the September ICT segment that I did and pick photos and get that all put together.

That last one will take some serious time, but I'm going to have a whole week off of work over the holidays, so there's no reason I can't get it all done before the new year. And then I'll have published six books in one year which would be a new record for me. I can't believe I have so many Hike with Me books now, but doing three in one year will really bump up the overall total.

As my cold is fading away, I'm starting to feel my stomach again. I kind of hoped that I would just be sick through the adjustment period and the Prozac would be working by the time I felt better, but it was not to be. I'm back to feeling painfully bloated and gassy. But I'm not feeling the side effects as much, so that's something. Tomorrow will be four weeks, and I'm supposed to give it four to six to start working, so I really hope it starts working soon.

Even with being sick, I've been keeping up with my Spartan training workouts. I'll have to take a week off of those when my gym is closed for the holidays, but other than that, I want to keep steady on it. I know that it takes time and consistent effort to get results, which is why I started training in November for a June race. If I could be half as disciplined with my writing, I'd have dozens of novels by now...
Posted by JB at 8:15 AM No comments:

I haven't been sick like this in a while. I've got that awful rattling cough and I'm exhausted and all I want is to feel normal again. I mean, on the bright side, I'm not thinking about getting used to the Prozac anymore, because the crud has taken all of my attention.

But the big thing is I haven't been working on my writing. I still need to finish the write up for my latest ICT segment, and I'm needing to do final proofing on the Olympic Coast book.

However! I did get my other ICT book out and published. Yay! That's three books published so far in 2018, and I'm actually going to try for three more before the end of the year, which seems kind of nuts, but it will just take some focused concentration.

And not being sick anymore would be very helpful, please, thank you.
Posted by JB at 8:15 AM No comments: